Taman Sari Water Castle, also known as Taman Sari (Javanese: ꦠꦩꦤ꧀ ꦱꦫꦶ), is the site of a former royal garden of the Sultanate of Yogyakarta. It is located about 2 km south within the grounds of the Kraton, Yogyakarta, Indonesia. Built in the mid-18th century, the Taman Sari had multiple functions, such as a resting area, a workshop, a meditation area, a defense area, and a hiding place.

Taman Sari consisted of four distinct areas: a large artificial lake with islands and pavilions located in the west, a bathing complex in the centre, a complex of pavilions and pools in the south, and a smaller lake in the east. Today only the central bathing complex is well preserved, while the other areas have been largely occupied by the Kampung Taman settlement. (Wikipedia) 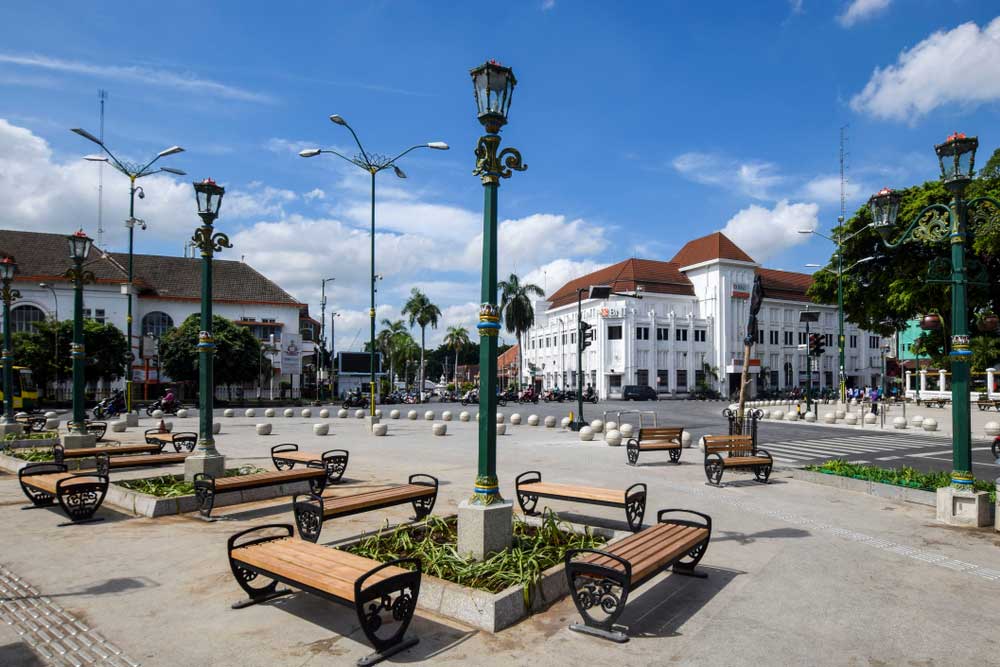 Jalan Malioboro (Javanese: Hanacaraka, ꦢꦭꦤ꧀ꦩꦭꦶꦲꦧꦫ, Dalan Malioboro; English: Malioboro Street) is a major shopping street in Yogyakarta, Indonesia; the name is also used more generally for the neighborhood around the street. It lies north-south axis in the line between Yogyakarta Kraton and Mount Merapi. This is in itself is significant to many of the local population, the north–south orientation between the palace and the volcano being of importance.

The street is the centre of Yogyakarta's largest tourist district surrounded with many hotels, restaurants, and shops nearby. Sidewalks on both sides of the street are crowded with small stalls selling a variety of goods. In the evening several open-air street side restaurants, called lesehan, operate along the street. This is the street of the artists. Street musicians, painters, and other artists exhibit their creations on this road. Less obvious to the tourist, but more for the local population, side streets, lanes and structures that lead on to Malioboro are as important as the street itself. (Wikipedia) 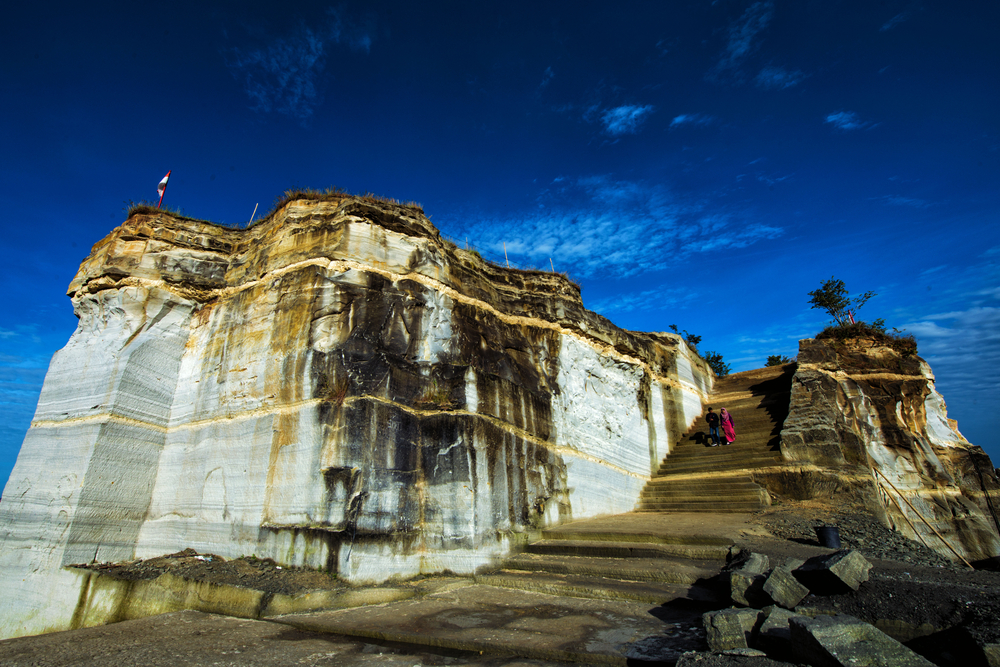 Breksi Cliffs is one of the new tourism spots in Yogyakarta that successfully managed to attract people’s attention. It was officially inaugurated in 2015 by the Governor of Yogyakarta, Sri Sultan Hamengkubuwono X, and touted as an official cultural heritage. Breksi Cliff is located in Sambirejo Village, just in the same area with Queen Boko Palace, Candi Banyunibo, Candi Ijo and for about 3 km away from Candi Prambanan.

At a glance, Breksi Cliff is look alike Brown Canyon in Semarang or Green Canyon in Pangandaran, only the difference is on the color of the rocks. The cliff was originally formed since millions of years ago, and the limestone mining activities turned it into a unique scluptured shapes of cliff. Nowadays, Breksi offers great view of the limestone cliff that carved nicely by the local artists. Local artists have taken to do their part to face-lift the site’s appeal by adorning it with decorative sculptures. (matta-tour) 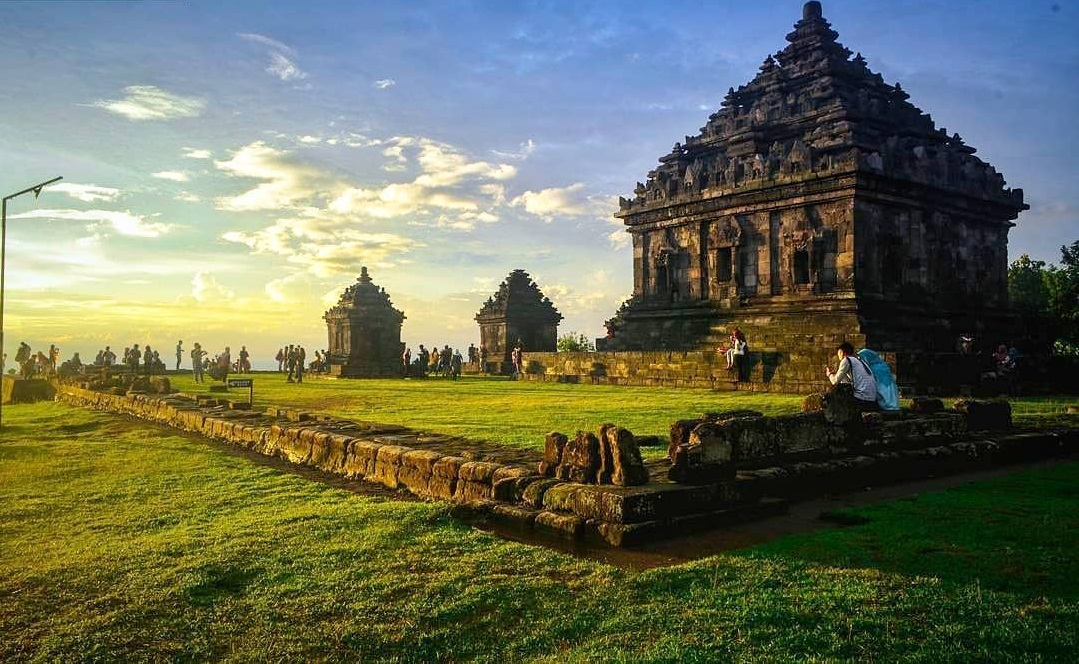 Ijo temple (Indonesian: Candi Ijo) is a Hindu candi (temple) located 4 kilometers from Ratu Boko or around 18 kilometers east from Yogyakarta, Indonesia. The temple was built between 10th to 11th century CE during the Mataram Kingdom period.

The temple compound is estimated to span west to east according to hill's topography; from the foot hill in the west ascending to the main temple on the higher ground on the hill. The temple compound consists of several terraces. On the western part some temple ruins were discovered, most of them are being excavated. It was estimated that more than 10 Perwara or lesser temples ruins are still buried in this terraces. (Wikipedia)